Star Trek: Discovery has been officially renewed for a third season – despite an overstretched budget and a still very split fanbase.

However, the show has received a lot more praise from both fans and critics throughout the second season – as the DISCO crew, and their adventures, transition into the more lighter hearted and hopeful tone that the larger franchise has become synonymous with.

This is a complete contrast to the first season – as we saw the Federation thrown into a bloody war against the Klingon Empire!

Fan’s have also caught onto the fact that the main timeline (referred to as: the prime timeline) has become somewhat skewed and doesn’t match up with the already, well established canon.

The popular theory at the moment (WARNING CONTAINS SPOILERS) is that the ‘Red Angel’; the being that is affecting major plant based events, throughout the galaxy, is trying to correct the prime timeline and set things right – adjusting it the correct cannon we all know.

The latest episode ‘Light and Shadows’ dropped a major plot twist – as the ‘Red Angel’ seemed to be guiding Spock to the Talos IV; the setting of the very first (pilot) episode of Star Trek: TOS.

You may be thinking “Why are they going on about Discovery, when this in an article about the new Picard show?”

Well, despite changes in the Star Trek canon, the Picard show will continue where the franchise left the original prime timeline, in 2009’s Star Trek – with the destruction of Romulus.

But with changes to species such as the Klingons and with radical ship designs that would sit proudly alongside even a post TNG setting – it has raised some questions to how the new Picard show will look and feel when compared to it’s modern day counterpart and it’s now 33 year old TV series.

Character breakdowns for the eagerly anticipated show have now been released along with some casting information – which will shed a little more light on the upcoming series. See below:

Connie: An African-American woman in her early 30s. She lost her husband and has a death warrant on her head from her home planet. The casting info also states that she is a mercenary pilot.

Lawrence:  a male in his 30s (any ethnicity) and is described as someone with a “dodgy moral compass”. The character, who is a thief, will pilot the ship Jean Luc Picard takes on his mission.

Starton: another male in his early 30’s (any ethnicity) is “terrified of space” and specializes in positronic brains. He is interested in the research part of Picard’s mission.

Dr. Smith: a hologram (any ethnicity) who helps the crew and is programmed to constantly learn but to never become “too self-aware”.

K’Bar:  a 17-year-old Romulan martial artist who is extremely devoted to Picard.

Indira: a smart but socially inept woman in her early 20s (any ethnicity).

Alana:  a former intelligence officer with an abusive personality in her mid-40s to 5os (any ethnicity).

Looking at these brief breakdowns; we have come up with some theories about these characters:

Connie: This character seems very interesting and it will be intriguing to see if Picard knows of the death warrant from her home planet – or if she is keeping it a secret from both Jean Luc and the rest of the crew. It doesn’t state whether or not this character is human or alien but we assume she has been wrongly accused of a crime or that she has enacted vengeance against those who are responsible for the death of her husband. The fact that she is a mercenary pilot means (which we’re assuming about the rest of the crew as well) that she has been hired by Picard for his mission – which has been mentioned a couple of times through the character breakdowns. But we’ll get to this later.

Lawrence: Again, another pilot – but will actually pilot Picard’s ship. This character is also described as a thief and has a questionable moral compass. We’re guessing that this character will be the ‘bad boy’ of the group and will most likely pose some problems for Picard, further down the line. The most likely characters comparisons we can come up with is that of Tom Paris (Star Trek: Voyager) or even Colonel Kira (Star Trek: Deep Space Nine).

This part has since been cast! Lawrence will be played by Santiago Cabrera. 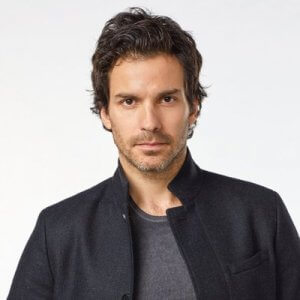 Cabrera is best know for his roles in The Musketeers, Little Lies and Salvation.

Starton: As soon as we read his bio; we instantly thought of Doctor McCoy. A reluctantly brave scientist – but terrified of space. The key thing to note about this character is that he specialises in positronic brains…ring any bells?

Dr. Smith: Clearly an evolved form of the E.M.H (Emergency Medical Hologram) first seen in ST: Voyager. What’s interesting is that this holographic doctor actually has a name. But if we’re thinking out of the box; this could also be a holodec character that is working alongside the crew? This would make sense given that the character is programmed to constantly learn but never become to self aware. This could be a call back to Star Trek: The Next Generation when a holographic version of Professor Moriary, became self aware and caused the Enterprise crew some problems, on two separate occasions. But if we further delve into the canon – this could be because ‘The Doctor’ the EMH character from ST: Voyager.

‘The Doctor’ became fully sentient and when the Voyager crew finally contacted Earth, other Mark 1 holograms (Who at this point became obsolete in the alpha quadrant, at least) learned that this hologram was essentially fighting for holographic rights. This could of had serious repercussions further down the timeline? Hence the need to make Dr. Smith less “self aware”.

K’Bar: You’re probably thinking “A 17 year old? Devoted to Picard? Sounds like we’re getting Wesley Crusher mark 2”. Though this could go either way, it sounds like this character could well be Picard’s bodyguard or at least someone who has sworn loyalty to him. It would make sense if Picard was near of even evacuated from Romulus when it was destroyed – given that Picard (Despite regular confrontations with the Romulans) always pushed for peace with the infamous alien empire. He could of well been the Federation ambassador to Romulus and helped K’Bar leave the planet prior to it’s destruction or perhaps worked alongside K’Bar’s family.

If K’Bar does indeed have this stern devotion to Jean Luc, then it’s likely this devotion will be tested later in the series – either torn between his duty to the Romulan’s, or Picard will make a decision that he and the rest of the crew do not agree with.

Indira: The character is described as “socially inept” so we’re assuming that she will be the character to watch ‘evolve’ and grow into her own – much like Ensign Tilly in Star Trek: Discovery. As she is also described as smart we’re guessing that Picard could have requested her presence on the mission and that she is actually doing this for him – rather than being hired.

Alana: Usually, intelligence officers, in Star Trek, are often portrayed as the shady/darker side to the franchise and usually go to any lengths to achieve their objectives. The most common intelligence agencies referred to throughout are Starfleet’s Section 31, The Cardasian Obsidian Order (Later disbanded in DS9) and the Romulan Tal Shiar.

This character (apart from Picard) is the oldest member of the crew and has an “abusive” personality. However, it is unlikely that Picard would opt to work with such a person – but if his mission deems it necessary  – he most defiantly would.

But again! We’ve been promised we’ll see a much different Picard!

Alana has also now been cast! Alana will be played by Michelle Hurd. 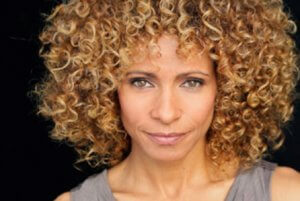 ‘Picard’s mission’ is referred to, twice. This is clearly a rag-tag crew with a mix of ‘hired guns’ and required personnel.

The key things to note are that we have two pilots – one piloting a ship and the other could well be a shuttle pilot. Which means we could be on a ship without the use of transporters. We have an intelligence officer – most likely with key information vital to the mission and two young crew members who are perhaps proteges of Picard with a personal connection?

Most notably is the scientist who specialises in positronic brains…

Data, was famous for being a sentient android who constantly endeavoured to become more human. Picard was Data’s teacher in this regard and more often than not – had an almost father & son relationship with him. If Data had somehow survived and has now only just been discovered after 20 years – Picard would immediately go to his aid or at least attempt some sort of rescue mission.

However, there are other positronic androids out there: Lore (Data’s brother) and B1, an early version of the Soong androids.

Lore was the first advanced version of the Soong androids, but he became to “unstable” and maniacal for his creator. Data and the rest of the Enterprise crew encountered him on more than one occasion. The last time we saw Lore, he had allied himself and manipulated a group of Borg who had been severed from the Borg Collective. This lead to Data deactivating him – but not destroying him!

B1 was discovered much later. He was almost a concept or perhaps even a trial version which pre-dated even the evil Lore. B1 lacked even the most basic of understanding – leading Data to download his own personality and experiences into B1, in order to help him evolve quicker.

Again, his fate is unknown.

Regardless, the Soong androids would seem to play an important part of the yet untiled series.

WHICH SHIP ARE WE ON?

If we have learned anything about Jean Luc Picard over the years, it’s that he would do anything for his crew – even steal a ship?

Given that Picard has a less than traditional (In Star Trek terms) crew and more importantly, a non Starfleet crew, it tells us that this ship he has is a newly acquired one.

So how did he acquire it?

Jean Luc is no stranger to going to the backwater planets of the galaxy. He could have easily bought a ship but this would most likely be a freighter and for a Star Trek series – it’s not that aesthetically pleasing – not to mention, a bit lack lustre.

If we were to venture a guess, I think Picard and his band of misfits will most likely steal a ship. But if you’re thinking “The Enterprise!!” then you probably shouldn’t get your hopes up.

Chances are the Enterprise-E is still in service or at the very least, near retirement. From a narrative perspective this would make for a good surprise visit from one of the TNG crew members – who could now be commanding her.

To make the Picard spinoff that more meaningful and special, we would guess that Picard and company would steal the USS. Stargazer a ship long retired from service but serves as an important ship in the Star Trek canon – as it was Captain. Picard’s first command!

Leading a ship he famously loves – perhaps even more so than the Enterprise – on one final mission would be a fitting end to a ship that has a long standing reputation in the Star Trek Universe.

This is easily one of the most anticipated television/film events of 2019 and with the show aiming for at least 3 seasons it will be an absolute pleasure to see Sir. Patrick Stewart return as one of pop cultures most beloved characters.