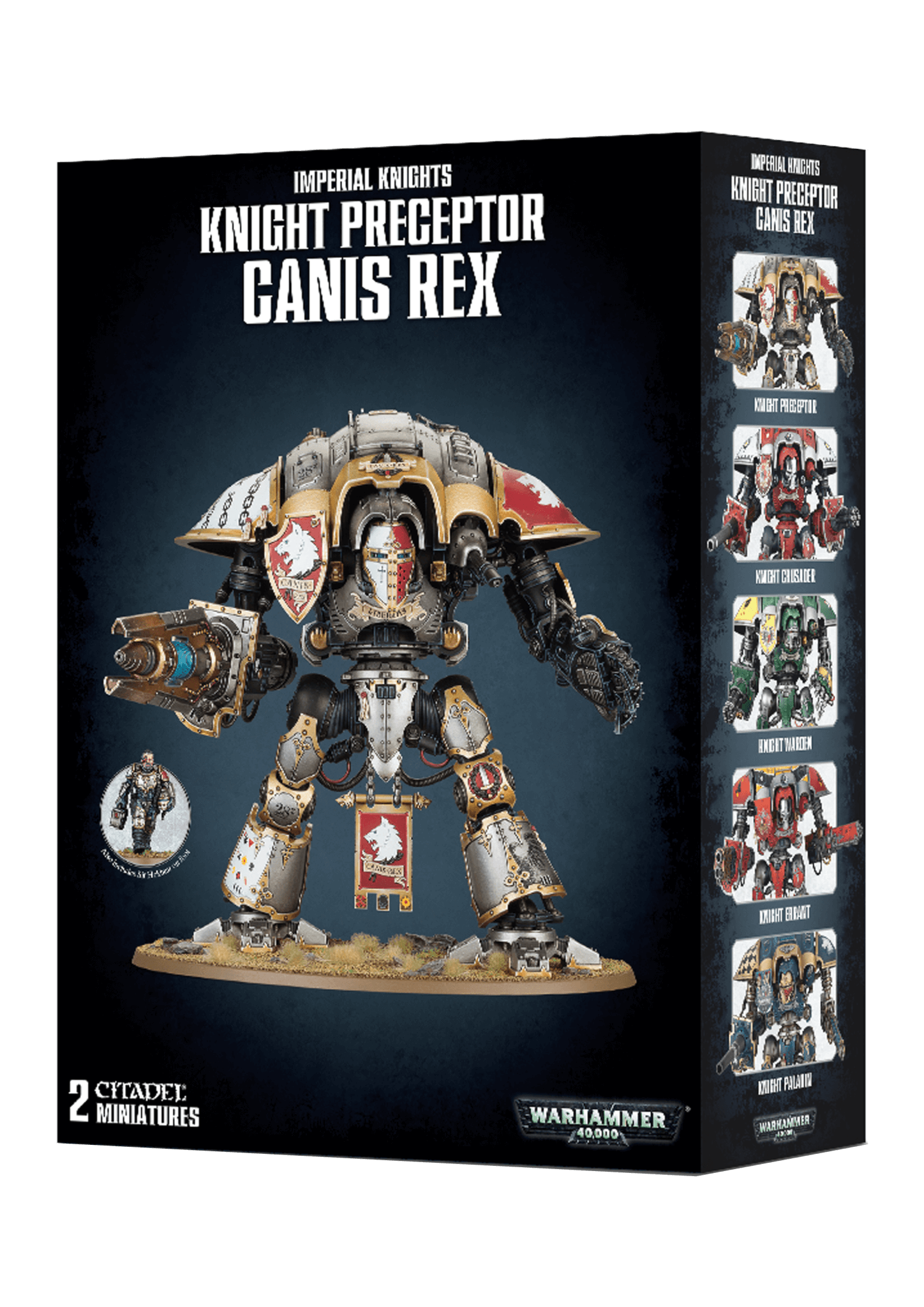 An imposingly tall, heavily armed engine of war, nothing announces its presence on the battlefield quite like an Imperial Knight Warden. Carrying itself into the thick of the action with heavy, thudding steps, the distinctive drone of the avenger gatling cannon sounding a terrible clarion call, the Knight is capable of unleashing a furious hellstorm of large-calibre shells that can tear apart even the most impressively-armoured foe. Should any enemy be brave – or foolish – enough to engage a Warden at close quarters, they’ll find themselves at the mercy of some of the Imperium’s most fearsome close-combat weaponry; the Reaper chainsword is the stuff of hushed legend amongst the Emperor’s enemies.

This multi-part plastic kit contains the component necessary to build an Imperial Knight Warden. Armed with an avenger gatling cannon and reaper chainsword, this is a shining example of Imperial Knight might – everything about the model is imposing, from the aggressive faceplate to the brutally industrial-looking exposed hydraulics system that power its assaults. Included in the kit are 4 frames of plastic components, broken down as follows:

This kit can be built as either a Knight Warden, Paladin, Errant, Gallant, or Crusader – the weapons and faceplates are interchangeable and can be used as spares for any other Knight kits you might have.

The Knight Warden is supplied as 250 components, and includes a Citadel 170mm Oval base, and a transfer sheet featuring heraldry for Imperial Knights.