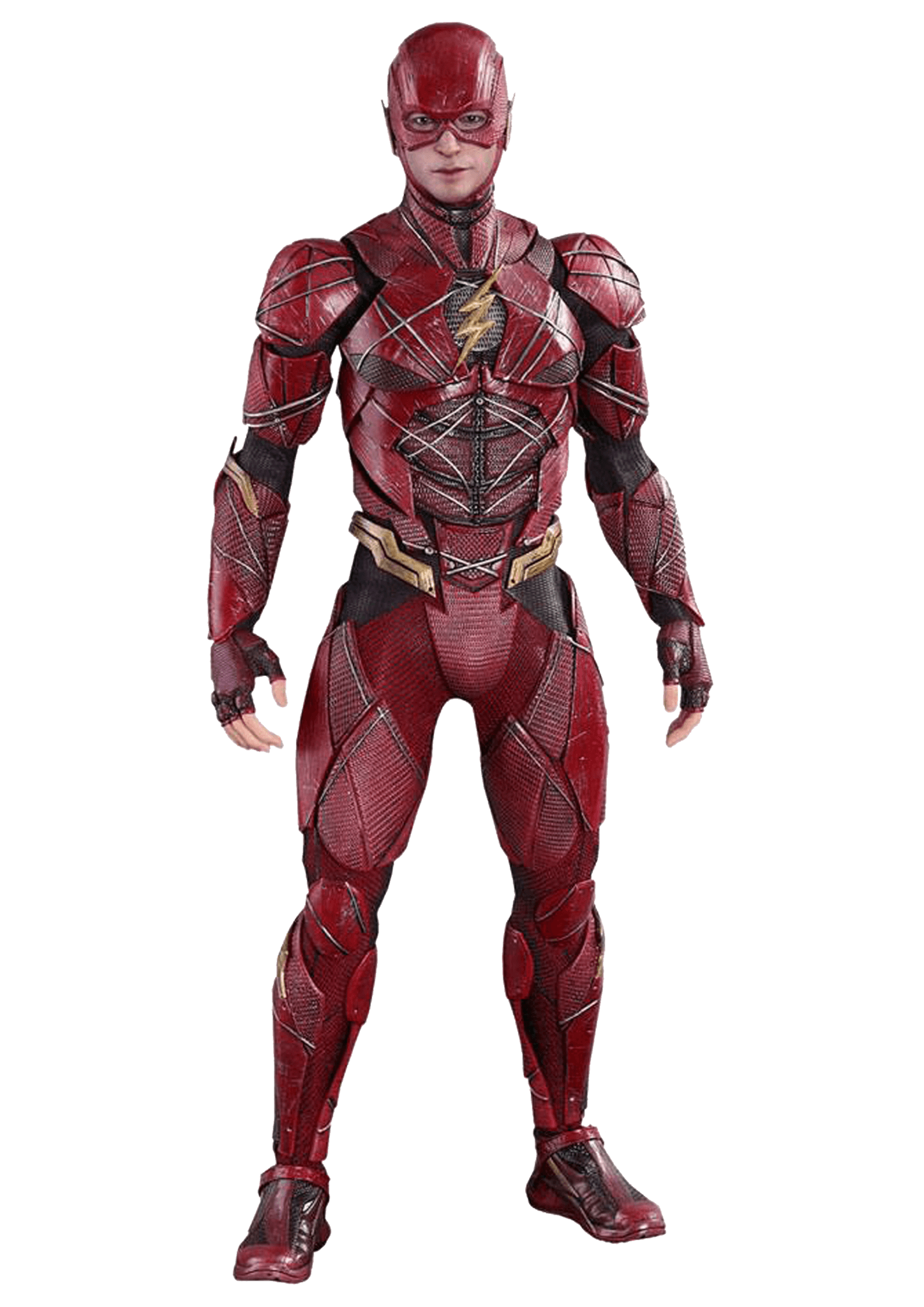 “I’ve never done battle before. I’ve just pushed some people and run away”

Gaining tremendous popularity in The Flash television series, the character has become widely popular worldwide in recent years. Best known for his superpower of the “Speed Force” that enables The Flash to move at an incredible speed and generate bolts of lightning, a lot of fans can’t wait to see the fastest DC Comic superhero in the movie Justice League.

This time, recruited by Bruce Wayne to the Justice League, Barry Allen a.k.a. The Flash, fights along with the other greatest superheroes to stop the devastation from their new villain.

Joining the league in the blockbuster Justice League by DC Comics, Sideshow and Hot Toys are thrilled to bring to you the sixth scale The Flash collectible figure!

Based on the image of Ezra Miller as The Flash/Barry Allen in Justice League, the figure is sophisticatedly crafted featuring a newly developed helmeted head sculpt, a beautifully designed burgundy colored Flash suit with red and gold armor plates and silver lines, an array of accessories including a Batarang, four lightning effects, and a Justice League themed figure stand.