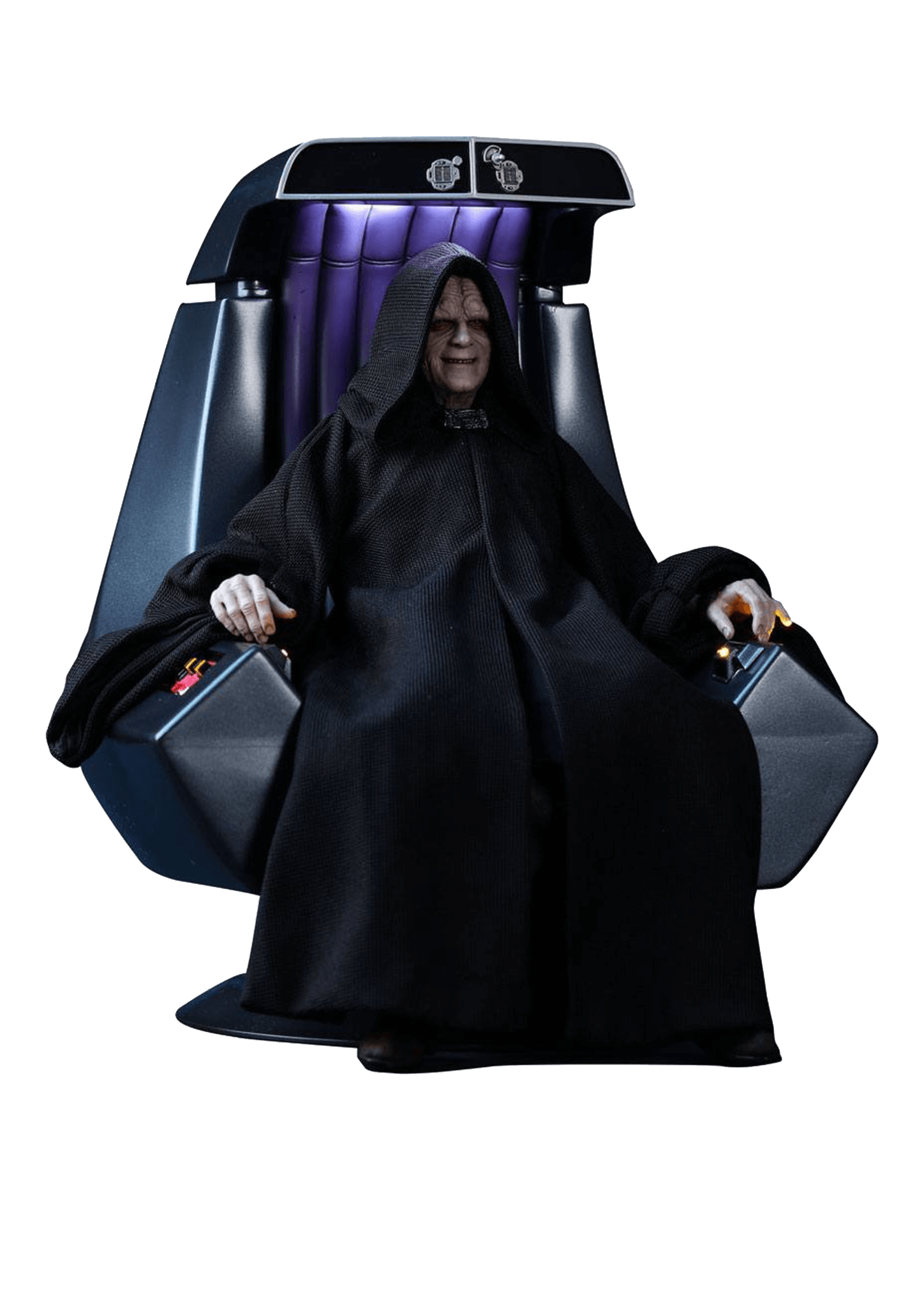 “Let the hate flow through you!”

Scheming, powerful, and evil to the core, Darth Sidious restored the Sith and destroyed the Jedi Order. Living a double life, Sidious was, in fact, Palpatine, a Naboo Senator, and phantom menace. He slowly manipulated the political system of the Galactic Republic until he was named Supreme Chancellor — and eventually Emperor — ruling the galaxy through fear and tyranny.

Continuing to expand the Star Wars classic trilogy collectible series, Sideshow and Hot Toys are excited to a present a Deluxe Version of the sixth scale collectible figure of the evil Sith Lord Emperor Palpatine!

The highly-accurate collectible figure is specially crafted based on the appearance of Emperor Palpatine in Star Wars: Episode VI Return of the Jedi. It features a newly developed head sculpt with a remarkable likeness, specialized body, and finely sculpted hands, Emperor’s cane, a pair of Force Lightning effect parts!

This Deluxe Version will exclusively include Emperor’s Imperial throne with great details and LED light-up function as well as Luke Skywalker’s lightsaber hilt!

Now fulfill your destiny and welcome the Emperor to your Star Wars collection!