It’s been an interesting few weeks!

We’ve seen the first teaser trailer from the eagerly anticipated Joker solo movie, we’ve got our first glimpse at Thanos in the latest Avengers: Endgame trailer and we’ll be (hopefully) getting our first official look at Star Wars IX later today (12th April).

First off; Disney+ released the logo for their new Marvel Studios series set in the fabled MCU.

The Falcon & Winter Soldier series has been known about for some time now but this is the first official tease for the Disney+ exclusive. With Avengers: Endgame just two weeks away we imagine that the series will be set in a post Endgame world and that we could possibly see the two reconcile previous differences in the wake of the MCU conclusion.

The title of the Scarlet Witch and Vision TV show has also been announced! WandaVision will see both Elizabeth Olsen and Paul Bettany reprise their roles as the fan favourite Avengers members. The two characters, who are in love, had some heartbreaking scenes in Avengers: Infinity War so it will be very interesting to see the relationship blossom in a post Endgame world. Unless this is a prequel series. In that case it will be heartbreaking all over again!

These two shows will also sit alongside the Loki TV series – again – all exclusive to Disney+.

Streaming services such as these rarely leave the US – Warner Bros. DC Universe service being a prime example, so we would hope to see these shows aired on Netflix internationally, similar to Titans and (we presume) Doom Patrol.

However, the issue with this is that shows like these tend to air in the US well before shipping internationally i.e will air a full season. For geeks like us, the news networks are filled with spoilers so we tend to know a great deal before we physically watch a full season, in this case, in the UK.

Keeping in the theme of Disney, as mentioned above, we are only two weeks away from Avengers: Endgame! Last week tickets went on sale and crashed cinema websites all over the world!

This was followed by a TV spot released earlier this week.

We aren’t going break these down for you, so we’ll let you come to your own conclusions about how you think this story will play out!

Next on this list is Star Wars IX! Now it’s probably safe to say that the new trilogy has been met with a mixed reception, especially The Last Jedi. With J.J. Abrams taking the helm once again we could see the final instalment of the Skywalker saga end on a terrific high. But if we’re being completely honest and bear in mind, we are HUGE Star Wars fans, we aren’t all that excited by this trilogies conclusion.

So far we’ve seen Disney’s trilogy basically take elements from the original movies and modernise them for a new audience. Say what you will about George Lucas’ prequel trilogy, but at least each movie had a very different tone and feel than the originals.

2019’s Star Wars celebration starts today (12th April) and it was announced earlier that the Episode IX panel would indeed be today as well! So here’s hoping we get our first look at the Skywalker conclusion and that it shows us something truly different and exciting.

Back to Disney+ and keeping on the subject of the galaxy far, far, away. Disney have also revealed the logo of (yet another exclusive) The Mandalorian. 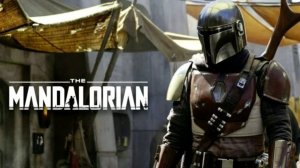 One of the appeals of Rogue One: A Star Wars Story was that we were introduced to a new cast of main protagonists and we weren’t being bombarded with Jedi or Sith. The fact that for the first time we were following a foot soldier in the Star Wars Universe made the characters a lot more relatable and proved that not even the Rebel Alliance was immune from the horrific acts of war.

The Mandalorian is the first time we get to see a live action solo story about a member of the infamous warrior race. Not only that, this story will take place between Return of the Jedi and The Force Awakens so we hope that this series will offer a unique insight into a post Imperial galaxy as it transitions into the New Republic.

Pedro Pascal (One of our favourite actors) is staring as the yet unnamed protagonist, but the only thing we’re a bit turned off by is that as far as we know, the series will be set in the outer rim. A region we know all to well in the Star Wars mythos.

Hopefully we will get to explore more of the galaxy throughout the shows run, rather than just sticking with the same old setting.

Over to DC now.

After Jared Leto’s short lived incarnation of the famous Batman villain failed to impress in 2016’s Suicide Squad, fan’s were happy to see Joaquin Phoenix take on the role in a new stand alone movie.

From what we’ve seen from the leaked set photos and now the first trailer, Phoenix seems to have really embraced the character. The trailer really shouts indie movie – which is by no means a bad thing at all! If anything it only add’s to the entire Gotham authentic and it seems we’re getting a lose adaptation of The Killing Joke, something fans have long speculated.

One of the main criticisms the show received was Bruce Wayne’s regular appearances or there lack of. Warner Bros. flagship DC character was only ever scene from the shadows with one or two voice overs to tease the infamous vigilante. This angered fans and the general consensus among the geek community was “Either cast him properly, or don’t use him at all”. The Titans series finale boasted a Robin vs Batman showdown but when the episode aired, it was less of a showdown but rather shadowy shots of a brooding Bruce Wayne and regular silhouettes/quick shots of Batman in the dark. Dick Greyson never actually suited up as Robin.

The only saving grace of that episode was the after credits scene – featuring a familiar Kryptonian clone and a superpowered canine.

Well it seems that Warner Bros. and Titans producers have listened to the fans criticisms. Yesterday, it was announced that Game of Thrones actor Iain Glen will play Bruce Wayne in season 2! 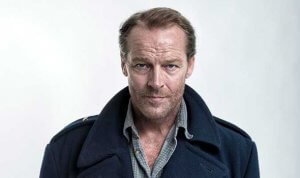 Yet again, we will be seeing a much older and much more experienced take on the ‘Dark Knight’. Again, this is not a bad thing at all! Batman is often portrayed as the most experienced and often older hero of the DC Universe. His experience often makes him formidable and invaluable to both Gotham City and his Justice League colleagues, so seeing Bruce break Trigon’s influence over Dick Greyson should defiantly be an interesting on-screen dynamic.

Titans is set in an already well established DC Universe as names such Superman, Wonder Woman and the Justice League are regularly mentioned. What was also impressive was seeing a very comic accurate Gotham City brought to life in the season finale. So far, the show has embraced it’s comic book influences and with characters such as Deathstroke, Superboy, Krypto and now Bruce Wayne set for season 2, we look forward to seeing how the show will evolve.