FIRST OF ALL: If you’ve not seen Avengers: Endgame do not read this article as it does contain MAJOR SPOILERS!!

Now that’s out of the way, let’s talk Marvel!!

The conclusion of what is now being called the Infinity Saga was nothing short of epic and a huge emotional rollercoaster for a lot of fans. We said goodbye to some of our favourite heroes in one form or another and we were left wondering what the fan favourite movie franchise has in store for next for us!

After all, Endgame will be a hard act to follow and with only one film remaining in the MCU’s phase 3 – it’s all on Spidey in Spider-Man: Far From Home to set the stage for the next big adventure for Earth’s Mightiest Heroes!

Changes To The Timeline

As predicted after the events of Ant-Man and the Wasp time travel played an important part of Endgame’s story. Our heroes travelled back in time to retrieve the infinity stones in order to revive those who were killed by the ‘snap’ as Thanos used the infinity gauntlet one last time to destroy the stones in the present so that they couldn’t be used to undo the decimation he had caused.

However things didn’t go to plan as rather than blending in and avoiding interacting with their past selves, the Avengers caused major events to unfold which created alternative futures – thus creating alternative timelines in the multiverse.

By the “rules” of time travel, our MCU was not affected but multiple new timelines were created in correlation to the main timeline. 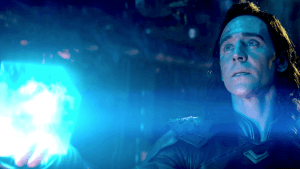 Cap, Ant-Man, Bruce and Tony travel back to the battle of New York as three of the six infinity stones were all in the same place at once. The mind stone was in the sceptre, the space stone in the tesseract and the time stone was with the Ancient One at the Sanctum Santorum. Although they manage to retrieve the mind and space stones, something goes wrong and Loki manages to escape with the space stone; meaning that there is now a timeline out there were the infamous trickster survives!

Logic dictates that this would serve as the premise for his upcoming solo TV series on the Disney+ streaming service. 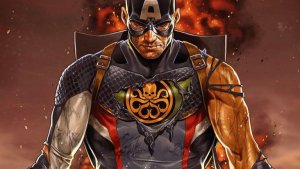 In the same timeline, Cap fights his past self and tells him that Bucky is still alive. But in a fantastic scene which recreates that epic elevator fight scene from Captain America: The Winter Soldier. Cap has to steal Loki’s sceptre away from Shield agents who are transporting it out of Stark Tower. Said agents are the same undercover Hydra agents who turn on Cap during said fight sequence. However rather than fighting them all over again he convinces them to hand over the weapon by simply whispering “Hail Hydra”.

Now this may look like simple trickery but these top ranked agents now believe that their Cap is a Hydra agent, which could lead to some complications further down their now alternative timeline.

A Galaxy Without Thanos and No Guardians of The Galaxy? 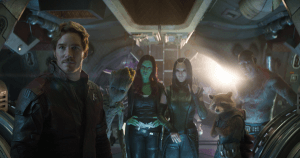 The present day Thanos is killed by Thor in the first act of the movie, however when Rhodey and Nebula travel back to Morag to acquire the power stone before Starlord does and Black Widow and Hawkeye travel to Vormir for the soul stone, things take a turn for the worst…

Whilst on Morag, Nebula inevertably joins the same network as her past self – presumably a kind of operating system she is connected to, to help run her systems and so that Thanos can keep track of her. Although they manage to get the stone before Quill does, both past Nebula, Gamora and yes, Thanos stumble upon their plan to steal the stones and take them back to the future by way of viewing events through present day Nebula’s memory via past Nebula’s ocular implants…keeping up so far?

Not only that, past Gamora also travels to the future as well, so Quill aka Starlord will never actually meet her in that timeline, nor will he meet Rocket, Groot and perhaps even Ego: his father. At least not in the way it transpired in the main MCU.

As a knock on affect; Xandar (which is home to the Nova Empire) will also survive. With Ronan not being able to acquire the power stone (we presume) the Nova Empire could defeat the Cree? Either that or Ronan gains control of the power stone without opposition and become a menace in the galaxy; especially as there will be no dance off to the save the universe now!

But we’ll get back to these alternative timelines later on.

Lost Avengers And How It Will Affect The MCU 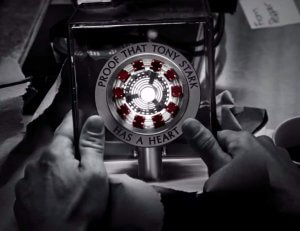 Unfortunately, the long awaited conclusion to the Infinity Saga meant we lost some beloved characters.

The first character to fall in the hunt for infinity stones is a complete shocker! Black Widow sacrifices herself to obtain the soul stone from Vormir and then Iron Man uses a new infinity gauntlet to ‘snap’ Thanos and his forces from their timeline. Not only that, the expected return of Vision never came to fruition. However, this could just be a ploy before the new Wandavision series aires on the Disney+ streaming service.

Black Widow’s death was played out in way where her family (the Avengers) remembered her and paid tribute to her sacrifice. After all, the team was the only family she ever new.

Tony, however, was given a much bigger send off. After all, it was 2008’s Iron Man than kicked off the MCU and the now 11 years of movies that followed. His funeral was more about legacy and the next generation to follow in the future MCU. This can be interpreted either by his daughter: Morgan or with his protege: Peter Parker. But seeing as the near entirety of the main MCU cast turned up for the funeral of such a beloved character, it was more about the heroes that followed in his footsteps and the how the Marvel Universe has taken shape over the years.

Also tugging at the heart strings was Caps conclusion – the ending we were all hoping for. He finally got his dance with Peggy Carter!

The movie revealed that Steve Rogers had indeed been married to Peggy all this time! After he traveled back in time to return the infinity stones to their rightful place in the past, he chose not to return to the present. Not long after he went into the ice, future Steve returned to the 40’s to spend his life with the woman he loved. An elderly Cap then greeted Bucky and Sam where he then passed the mantle of Captain America to Sam aka Falcon.

We assume this will set up the Falcon & Winter Soldier series coming the Disney+ steaming service. 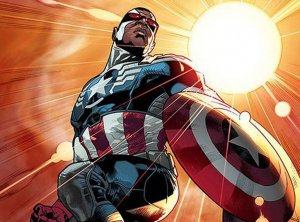 As for what’s next for the rest Earth’s Mightiest Heroes, their status is yet unknown. Thor has past on the mantle of ruler to Valkyrie whilst he travels into space with the Guardians of the Galaxy in a hope to rediscover himself. Captain Marvel’s story is still very much in the early stages whilst Doctor Strange and Wong presumably return to their roles minus the time stone, of course. Hawkeye and returned to his family and we have no idea what will become of Hulk/Bruce Banner. He himself suffered a major injury when using the infinity gauntlet, himself, to bring back half of the universe.

Spider-Man: Far From Home And The Marvel Multiverse 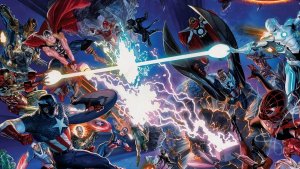 Thanks to the latest Spider-Man: Far From Home trailer, we know the world is trying to move on from the events from Endgame.

To Peter Parker, Tony was a father figure who helped mentor him. His loss is clearly having an affect on both him and Happy Hogan. Peter seems to want to have a break from the hero lifestyle and go on vacation with his friends, but this is short lived as we learn (remember those multiple timelines we talked about?) the ‘snap’ tore a whole in the MCU reality causing a tear in the multiverse.

No doubt this is setting the stage for phase 4 and 5 as we’ll get to see an array of multiple characters previously unseen in Marvel – finally make their debut! This could also see the introduction of multiple versions of existing characters and hopefully the live action version of Mile Morales!!

Doctor Strange’s role is to protect the MCU reality, so we suspect that this will also set up Doctor Strange 2 and quite possibly the third instalment of Ant-Man and the Wasp – given the major role the quantum tunnel played in recent events. But with Wakanda playing such a vital role in earth’s defence it would make sense for the country to play a pivotal role in the coming years – as society recovers. We also suspect that S.H.I.E.LD could be reinstated to help protect earth from future incursions. We could also find that S.W.O.R.D is finally introduced into the MCU, seeing as the world is now very much aware of intergalactic threats from space. 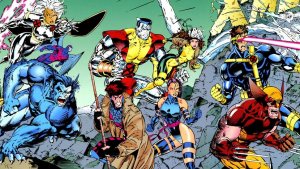 During the events of Infinity War/Endgame, we learned that the ‘snap’ became ground zero for an immense source of energy. There are some theories that this energy could trigger the mutant gene in humans, however given the age of characters like Professor-X and Magneto, this is probably unlikely. 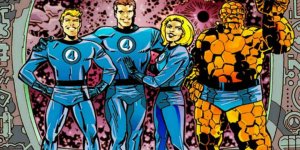 If we were to venture a guess, these could be the “cosmic rays” that give Reed Richards, Susan and Johnny Storm and Ben Grimm their powers. If there is also a tear in the multiverse, this could lead them to discover the Negative Zone and possibly the introduction of Annihilus. This could also be a back door for the likes of Galactus and Silver Surfer to make their MCU debut as well. Galactus is the devourer of worlds, after all. If he learns that he could  have access to literally an infinite number of universe’s via the tear in the multiverse then he could make his presence known!

One more thing! Did you notice the Avengers tower being re-moddled in the Far From Home trailer? 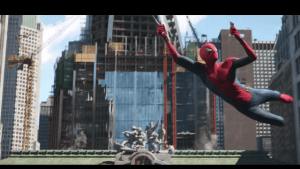 This could very well become the Baxter Building: home of the Fantastic Four. Other theories suggest it could become home to OzCorp, but given how this next phase is seemingly passing on the proverbial baton. We think that Marvel’s first family could be making their debut sooner rather than later.

Namor: The Submariner and Captain Britain 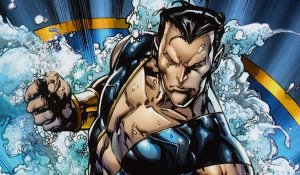 Two major Marvel Easter eggs were in Endgame. The first came during an Avengers briefing 5 years after the ‘snap’. Okoye mentions an under water earthquake and says “We’ll do what we always do when there is an underwater earthquake. We’ll leave it”.

This is widely thought to be a reference to Namor: The Submariner.

A few months ago, the director of Doctor Strange 2 teased fan’s by shared an image of both Namor and Doctor Strange. Clearly Marvel are building up to something involving the character However, they will have to be carful of how the introduce Namor – given that his origin story is very similar to DC’s Aquaman – so it could be seen in a negative light.

One surprise to fans, but welcome never the less, was Captain Britain! When Tony and Cap travel back to 1970, Cap sneaks into Peggy’s office and he see’s her through a window talking to someone about a missing agent named Braddock…aka Brian Braddock aka Captain Britain. This is a welcome name drop for MCU fans. As we know, Marvel do not name drop by accident! 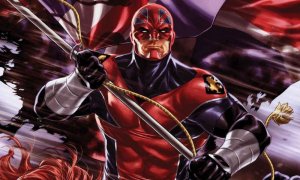 Both Namor and Captain Britain are hardly household names, but neither were the Guardians of the Galaxy, Doctor Strange or Black Panther and countless other characters in the MCU! But thanks to the work of Kevin Feige and the rest of the Marvel team, these characters once only known amongst the inner circles of comic book fans are now known throughout the world of pop culture!

Here’s to another 20 years of the MCU and to the stories they’ll tell!